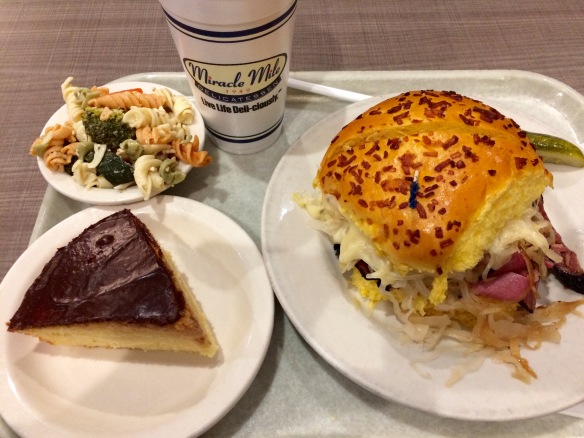 The Straw and Boston Cream Pie 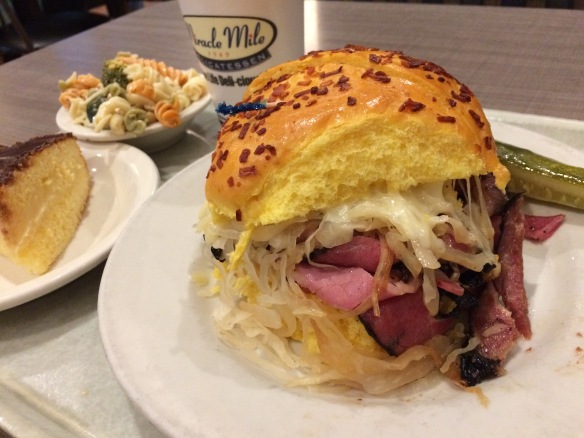 I had a blast here on at a Yelp event a couple months back. Miracle Mile gave us a couple discounts to come back and visit again. The food here is delicious! Miracle Mile Delicatessen was started by its founder, Jack Grodzinsky after he moved to Tucson with his family in 1949 from Brooklyn, NY. Not finding work in Tucson, Jack took a bus to Phoenix and discovered and purchased a café. After a couple years, he purchased another café and named it “Miracle Mile” so customers would remember it. In the 60’s, he purchased another location and his busboy, George Garcia (who worked there for years) would eventually take over the business years later. Today, Miracle Mile has a brand new location on the southeast corner of 16th Street and Campbell. The 6,000-square-foot “retro art deco” restaurant is an entirely brand new building and opened up in 2015. They’ve added breakfast and now have beers on tap. The restaurant deli keeps to some of its old traditions and is still ran by the Garcia and Grodzinsky families. The service is cafeteria style where you choose your food as you go through the line and pay at the counter at the end. The portions are generous and the food is delicious. Soups are made from scratch daily. I personally love their huge pastrami sandwiches and I have now made a few visits here. Miracle Mile partners with Feeding Matters – an organization that serves kids with pediatric feeding disorder (PFD). 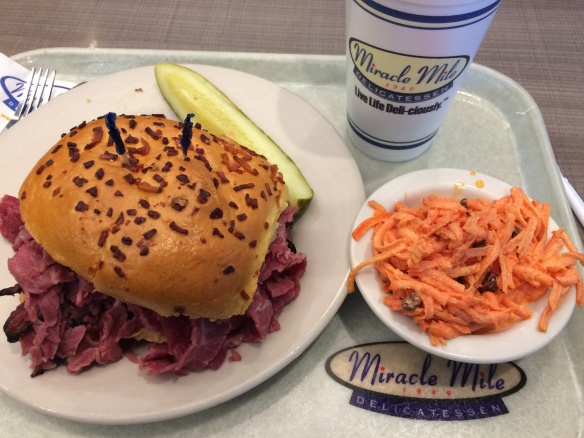